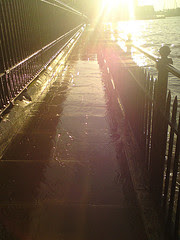 Sometimes writing is the hardest thing in the world. You can have this fantastic idea gnawing away inside you; yet you STILL will do anything to avoid it. Believe me, I'm great at this. I have in the past:

* sorted my out washing
* Googled the whereabouts of previous Big Brother contestants (yes I am that sad...)
* spent 30 mins trying to think of an interesting Facebook/Twitter update
* re-arranged my bookcase into height order

I don't know why we do this. I think it's just that feeling of self-doubt that eats away at you, making you believe that three hours would be better spent wasted on Digital Spy than typing up the lame words you might otherwise write.

But of course all of this is rubbish. You can write. You MUST write. You have to shut the stupid voices away. Tips to help you focus include:

* Using a computer without Internet access, or using an app that switches off Facebook so that you're not tempted to spend hours testing which Simpson/Hunger Games/Eastenders character you should be.
*Rewarding yourself with an hours' productive work (I find cake useful)
* Or setting yourself a target of 500 words a day. It doesn't matter if you have to edit it down later, just get those words down.
* Working to music. I like working in silence, but some people find it more motivational to type to classical or certain pop music.
* Get someone to strap you to your seat and only release you when you've met your target.

The end is in sight. In the near future you could have have a gleaming, brilliant book to shout to the world about. No-one will ever know if its trapped between your ears.